Everyone wants to visit Croatia. It is the newest star of the med with some fabulous resort, cities and islands on the Adriatic coast. Beautiful coastline, unspoilt places, natural beauty prevails. Clean sea and over 150 Blue Flag award winning […]

Everyone wants to visit Croatia. It is the newest star of the med with some fabulous resort, cities and islands on the Adriatic coast. Beautiful coastline, unspoilt places, natural beauty prevails. Clean sea and over 150 Blue Flag award winning beaches. Medieval walled cities, churches, palaces. Reach a different world inland within around two hours: pristine forests, waterfalls and national parks. Croatia is a wonderful place for a simple relaxing holiday. If you want to do nothing more than relax by the pool, sunbathe on the beach, swim in the glorious Adriatic with only a seafood lunch as a distraction, Croatia is for you.

Dubrovnik is situated to the southernmost part of the Croatia, its flagship attraction Dubrovnik Old city itself is a priceless pearl, a UNESCO World Heritage site on the south shores of the Adriatic Sea. It boasts a perfect climate, awe-inspiring natural beauties, rich historical heritage, and diverse tourist offering, Dubrovnik is without doubt the most treasured and most frequently visited destination of the Dubrovnik Riviera.

Dubrovnik’s tempestuous past dates all the way back to ancient times which has wrote a history filled with thrilling adventures, legends and battles. Throughout the middle ages the walled city state thrived through extensive trade with other maritime ports such as Genoa, Pisa and Venice. So notorious at the time for its wealth, education, art and architecture it became the envy of Venice and its Republic. Every aspect of it past helped build and forge the spectacular city we see today, it is no wonder it was chosen by HBO’s series ‘Game of Thrones’ for one of its filming location.

For those more interested in the typical sun holiday – spending the day sun bathing and swimming over viewing the historical sights of the ‘Old Town’, there are many areas inside the old town which have access to the sea, and just outside the city walls the ‘Banje’ beach offers the sun worshipper the perfect haven. The Lapad Peninsula, approximately three and a half kilometres to the west of Dubrovnik’s Old Town, is dotted with pleasant beaches, bars, cafes, restaurants and the majority of hotels in Dubrovnik.

Dubrovnik doesn’t lose any of its brilliance at night. There are numerous restaurants, nightclubs and cocktail bars to choose from. For those in the mood for a relaxed night out, there is a rich offering of restaurants, ranging from pizza to fine dining venues. It is highly recommended to try the seafood dishes when in Dubrovnik, just like all of Croatia but if fish is not your thing a wood fire beef steak will not be hard to find, but hard to forget. 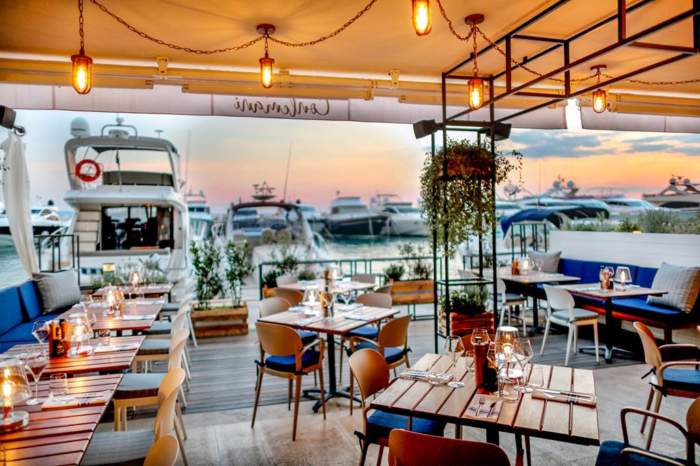