*As featured in North West Brides – September 2018* USA Adventure, Living The American Dream! Following their spectacular winter wedding, newlyweds Colm and Shona embarked on an American adventure of a life time, with an incredible multi-centre honeymoon booked with […]

The couple had lots on their USA wish list and their ‘amazing’ Honeymoon expert, Claire helped make their dreams come true, ‘taking all the stress of organising all aspects of their detailed itinerary and pre-booking tours, attraction passes and car hire’.

Kick starting their honeymoon in true Las Vegas style at the luxurious 5*  Vdara Hotel, which was one the nicest hotel the couple have ever stayed, they enjoyed its  unique location tucked off ‘the strip’  with an amazing view,  directly overlooking the world famous Bellagio Fountains from their bedroom. Fondly describing Vegas like ‘another world, with dazzling endless bright lights, the city lived up  to its reputation as the entertainment capital of the world, with a highlight of their 3 night stay in the city seeing the famous Cirque du Soleil® show.

The newlyweds ventured off the strip to experience one of the seven natural wonders of the world, the Grand Canyon by helicopter, which they described it as a really amazing ‘once in a lifetime experience’ and one that had been on their ‘bucket list’. It exceeded all their expectations and was a real highlight of their entire Honeymoon.

Leaving the buzz of Vegas behind, Shona and Colm enjoyed the laid back West Coast vibe of
San Francisco, where they spent 3 nights at the 4* Parc 55 Hilton. They enjoyed exploring the city at their leisure and taking in the sites on the convenient hop on, hop off  bus tour. A visit to Alcatraz
was high on the couples Honeymoon bucket list and they were fascinated by the guided tour of one of the city’s most popular attractions, which they thoroughly enjoyed.

Colm and Shona experienced the famous American ‘highways’ hiring one of the most iconic American cars, a convertible Ford Mustang  embarking on a mini west coast road trip. Stop offs included a night in seaside town of Monterey and Pismo Beach, where they enjoyed some relaxation time and the famous Californian coast, taking in the views in style from their convertible! The couple turned locals heads while driving ‘top down’ in December, but they were embracing the ‘novelty factor’ of  driving a Mustang, while taking in the breathtaking coastal views and winter sun!

The final stop on the West Coast leg of their Honeymoon was Los Angeles, arguably one of the most alluring and entertaining city in the world. It was a busy commute into the city with lots of lanes to navigate, Colm and Shona were glad to hand back the keys of their Ford Mustang!

Staying 2 nights at the home of Hollywood glamour, in the historic 4* ‘Millennium Biltmore Hotel’, Los Angeles which has been the choice of celebrities, presidents, and dignitaries, and the backdrop for many movies and TV shows. While in LA, Colm and Shona  enjoyed a Celebrity Home Tour taking in the Sunset Strip bordering Beverly Hills and Hollywood and saw the famous ‘Hollywood’ sign first hand. No visit to LA would be complete without experiencing the famous Californian beaches and the couple enjoyed chips as they strolled a long the famous Santa Monica Pier!

Colm and Shona said goodbye to the west coast and flew to the east coast for the finale of their Honeymoon none other than New York! Arriving into a Festive wonderland, the couple embraced the magic of Christmas in the big apple! They were both totally amazed by the world famous window displays and particularly recall SAKS 5th Avenue, where the witnessed the unveiling of the stunning display which brought people to a standstill, which is no mean feat, for a city that never sleeps! Taking in the sites of the city on a Hop On, Hop Off Bus Tour, they found it a great way to navigate the city and tick off places they wanted to visit! They particularly enjoyed a boat tour to Ellis Island ferry; taking in one of the city’s most iconic landmarks the Statue of Liberty. No visit to New York at Christmas would be complete without seeing the iconic Rockefeller Center Christmas Tree. New York was an exciting end to their incredible USA Honeymoon and helped get them into festive spirit in style; just in time to return home to celebrate Christmas with family and friends, ‘which helped reduce any post honeymoon blues’.

The new Mr and Mrs McClafferty would highly recommend a multi-moon, as the ultimate way to experience different destinations for a real trip of lifetime.  Choosing to book their Honeymoon with Carefree Travel on the recommendation of a friend, they were thoroughly impressed by the exceptional service, attention to detail and firsthand knowledge of their Honeymoon expert, Claire and would definitely recommend them to family and friends. Preferring to have their itinerary planned in advance they were able to pre-book the majority of their tours ahead of time which meant that they could truly relax and enjoy their time. 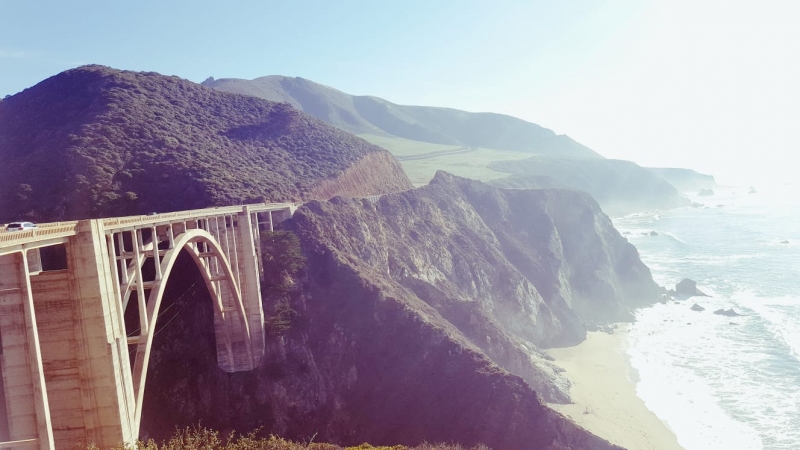 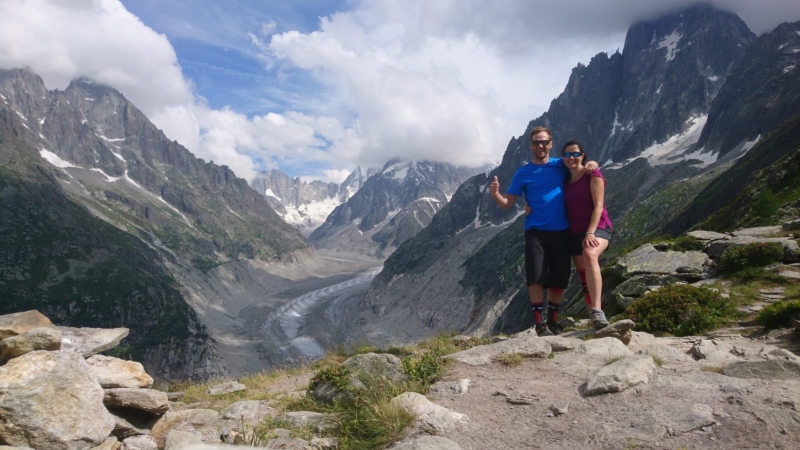 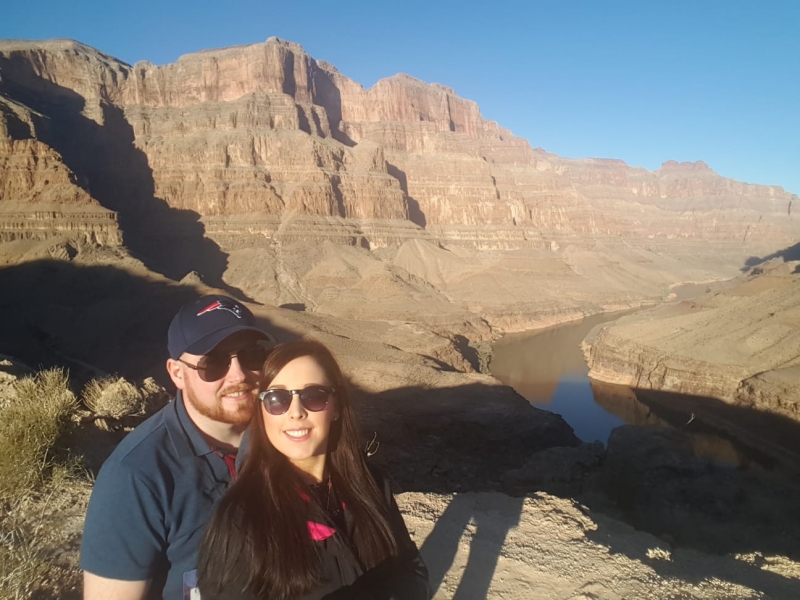 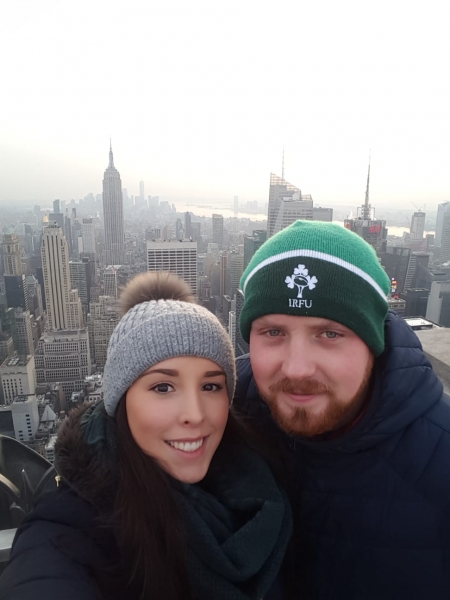 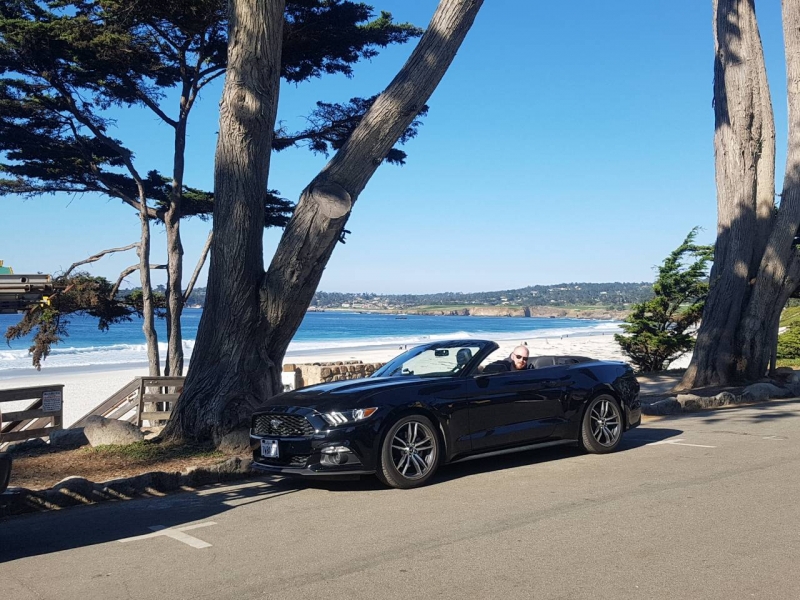 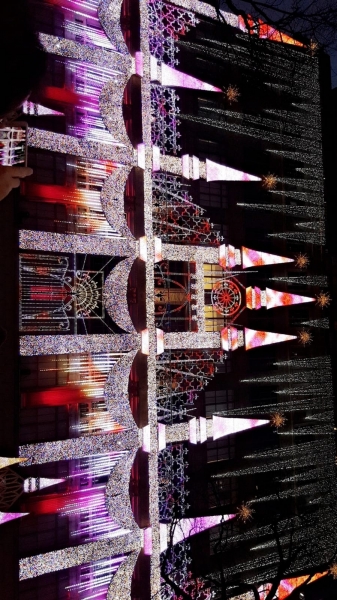 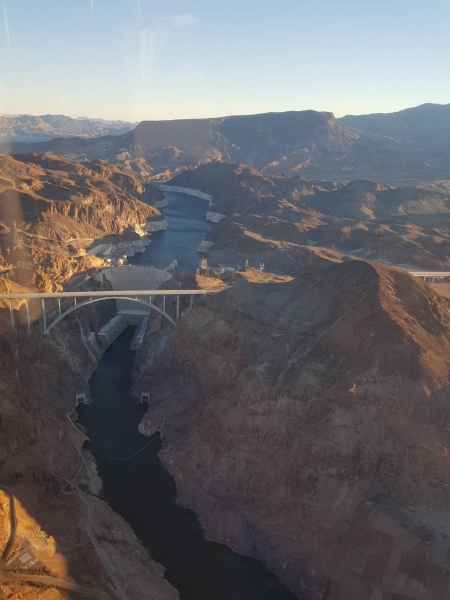 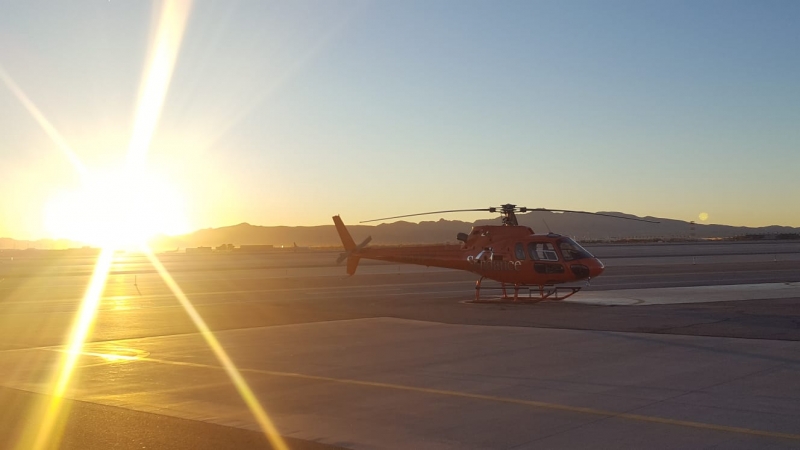 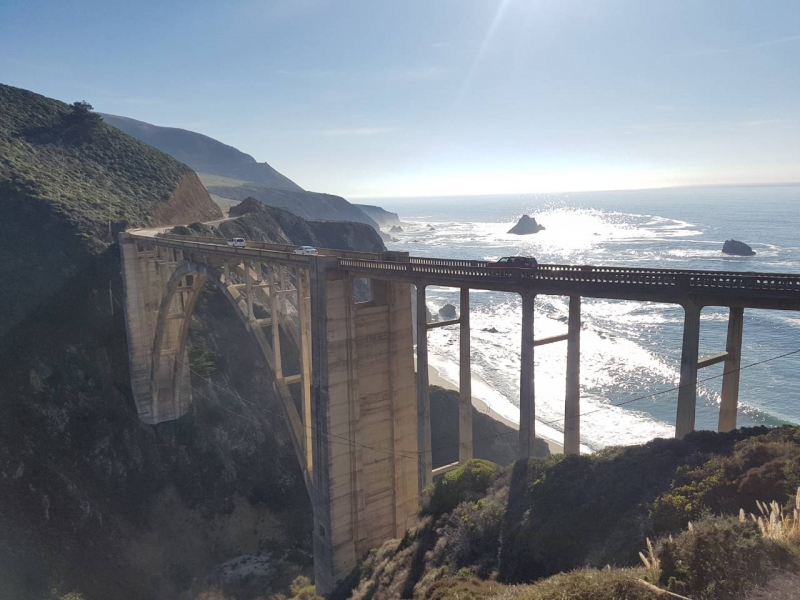 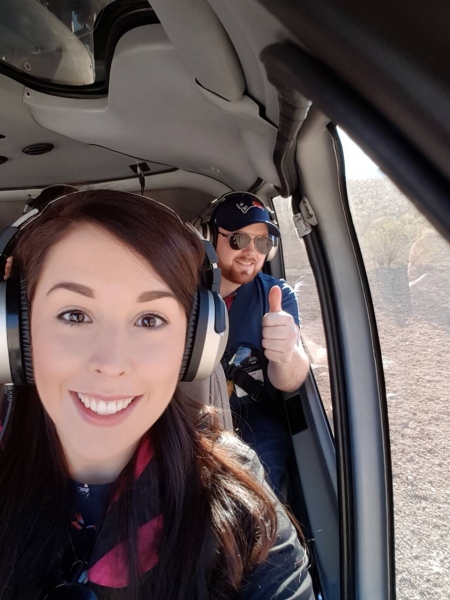 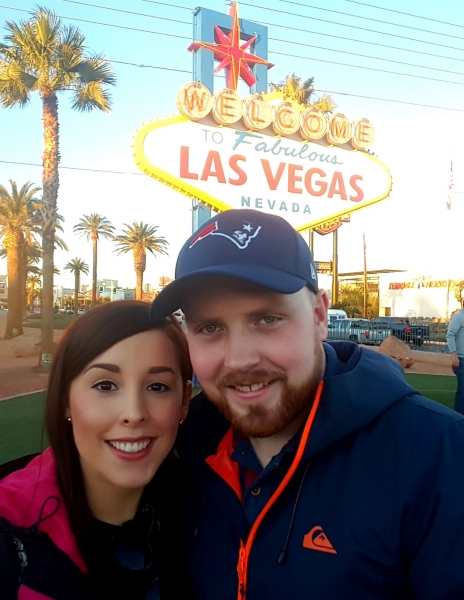 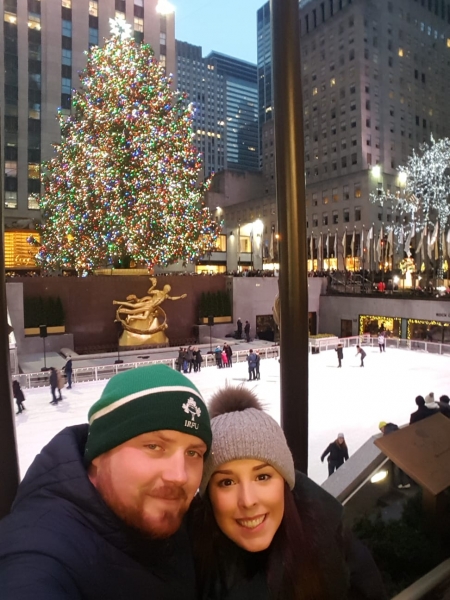 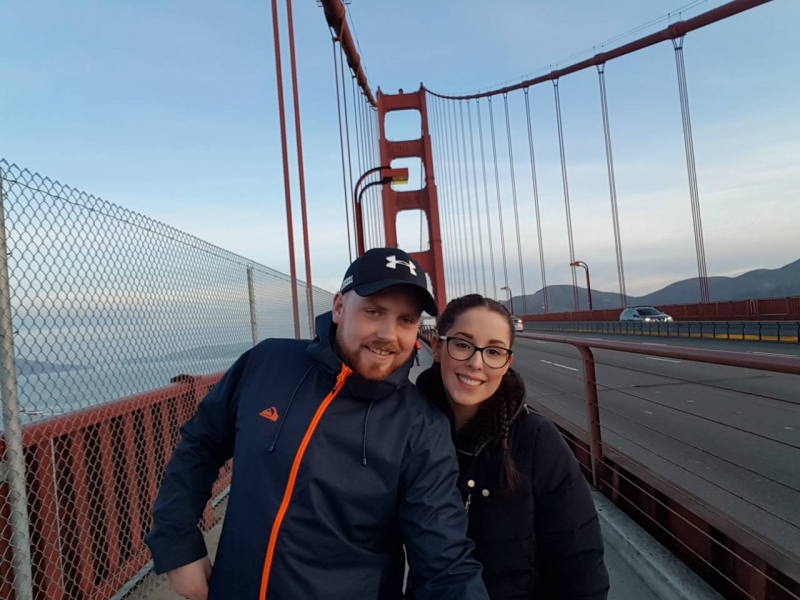 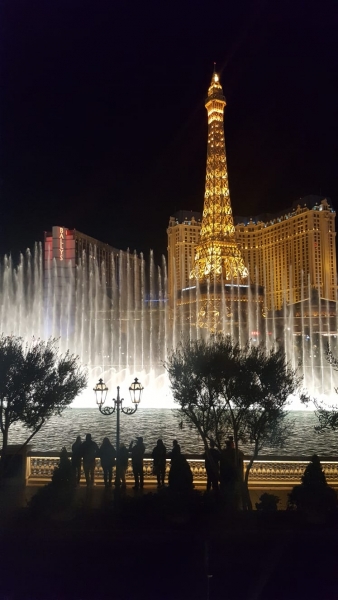