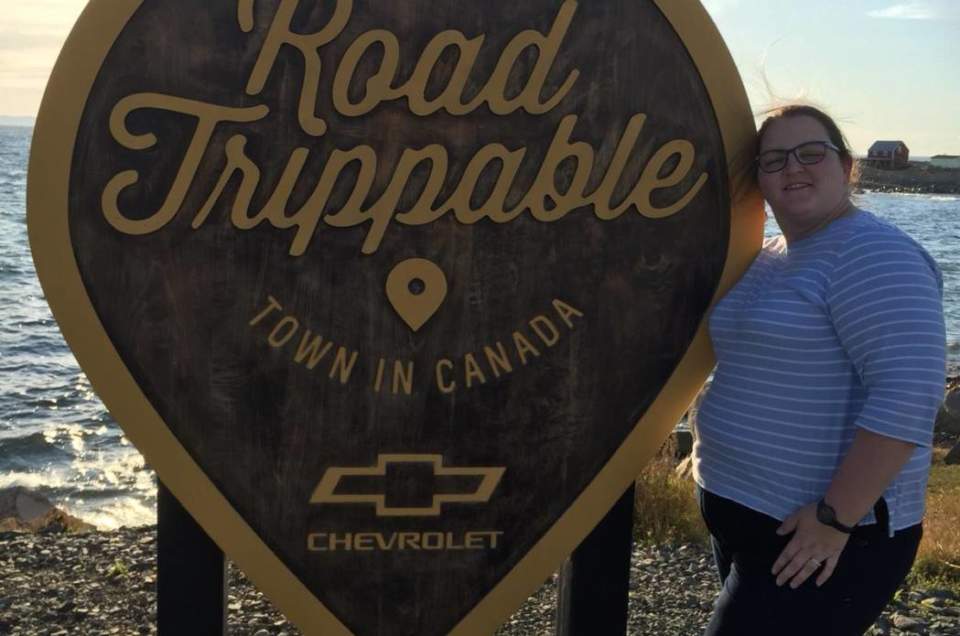 I have visited Canada 3 times previously and have been right across it from the maritime province of Nova Scotia to the Rockies in British Columbia but never to Newfoundland and this part of Canada had been on my to do list for some time.

We flew to St Johns, Newfoundland via Halifax from Dublin on Westjet the Canadian low cost carrier – think Ryanair style planes but with a complimentary non-alcoholic refreshment service. There was a limited selection of sandwiches and alcoholic beverages which could be purchased on board. The direct flight from Dublin to Halifax was approximately 5 hours 30 mins with the connecting flight to St Johns less than 2 hours duration. Customs clearance took place in Halifax and was a quick procedure as we were the only flight to be processed.

We took a complimentary shuttle bus to the car hire depot and picked up our rental vehicle a Jeep Compass. If you want to discover Newfoundland, hiring a car is really the only way to do it. There is public transport in and around St Johns but beyond this we didn’t see anything.
Our first two nights were spent in the Sandman Signature St Johns a short drive out of the city centre and a very modern and comfortable hotel. The hotel doesn’t serve breakfast but there is a Denny’s restaurant on site that has a large selection of breakfast and meal options – the salted caramel pancakes were to die for! In St Johns we took the opportunity to visit Quidi Vidi a small village within the greater St Johns area, which was picture postcard perfect, on the waterfront with its own brewery which you could take tours of. The very famous Mallard Cottage restaurant is here, and we had an 11 o clock tea break here but the lunch and dinner menu looked delicious. Cape Spear Lighthouse is about a 20-minute drive from the city centre and worth the trip. This is the most easterly point in Canada and a lovely place to go on a nice day, the walk to the light house is easy and you can tour the bunkers used in the second world war to protect the coast from enemy invasion. All the iconic pictures of St Johns show brightly coloured houses famously called Jellybean Row – apparently no such street name exists but you don’t have to walk too far to see the brightly decorated houses as they are on nearly every street. A visit to Signal Hill is also worth the trip, this is where Marconi transmitted the first signal across the Atlantic and there is a small museum showing how he managed to do it. You will also get amazing views of the city from this vantage point. Departing St Johns we decided to travel the famous Irish Loop – about 1.5 hours from St Johns our first stop was Ferryland for the famous Lighthouse Picnic $27pp – this consisted of an orzo salad, sandwich and dessert of your choice, homemade lemonade served in a nice basket and you could take a picnic blanket with you and choose where to sit – which wouldn’t be difficult as there were no bad views to be had!! After this we found the Irish Loop to be a bit underwhelming – many of the towns we had hoped to stop at on the map just didn’t have anything to offer – not even a café and we found the drive to be a bit dull. The condition of the roads also was surprising, lots of potholes and we often encountered gravel roads on the main highway which increased travel times. We stopped in a number of small towns according to the map but found that facilities were limited and many establishments closed for the season. I would recommend stopping at Arnolds Cove – we stayed at the Killick Inn and Suites which offered spacious self-catering style accommodation. Bonavista was also another nice spot which was recently voted the most road trippable town in Canada. We dined in the famous Mufflins Tea Room where I opted for the Newfie Sampler plate which consisted of touton, fish Brewis, fish cake, baked beans, bologna and rhubarb relish – an odd but interesting combination, husband opted for the Jiggs Dinner – something similar to a Sunday roast beef lunch but served with salt beef.
Close to Bonavista is the town of Elliston which is famous for its puffin colony in season and a food festival called Roots, Rants and Roars both of which we had just missed. We seen a local man foraging and went to enquire – he was collecting partridge berries to make a Partridge Berry wine but he said once the first light frost comes, he will go back to pick more berries as those would be good for the jam he makes and sells in the local souvenir shop. Trinity was a delightful spot with more of a town feel and an Anglican Church with a beautiful roof.

Is Newfoundland for you? For me it’s not really a family destination as it lacks major attractions for kids. It would suit couples who like a driving holiday or outdoorsy people who want to get their hiking boots on. I can’t stress highly enough that this place is remote, and we found ourselves excited to see a Tim Hortons! Service stations are not plentiful here so do keep an eye on your fuel levels and fill up when you can. If you want to catch the famous ice bergs drifting past the shoreline you need to be in Newfoundland from Mar/Apr through to end of June with the best time to catch a boat trip to do some whale watching is June – August. September is my traditional holiday month, but this is late for Newfoundland and many places had closed for the season. Expect weather similar to home but they do get harsh winters with a lot of snow. It’s a quiet place – the demise of the cod fishing industry in this area has resulted in a lot of outward migration and has left an aging population, if it wasn’t for tourism, I’m not sure how this part of Canada would survive. Whilst we enjoyed Newfoundland, I feel the only thing that would make me return in the morning is the people, having been to Canada previously we knew we liked the Canadian people, but we found the Newfoundlanders to be very friendly and extremely hospitable. During our time we were invited into people’s homes, had lunch around their kitchen tables invited to stranger’s birthday parties, offered a bed if we needed it and everything in between. It’s certainly worth a visit if you hadn’t considered it before but I would stick to the main season when all the attractions are open and you have the best chance of spotting wildlife. Mandy’s Top Tips for Newfoundland:
Book accommodation well in advance as options are limited and certainly don’t leave it to chance on arrival!
Hire a decent sized comfortable vehicle as the roads can lead to challenging driving especially the gravel roads which are common in some parts.

Pack Light – it the sort of destination where you will be spending a night here and there so go hand luggage only as it will save you a lot of effort hauling large suitcases in and out of bed and breakfasts.

Try the local delicacies – St Johns has a good choice of food options but once you get out of the city you are quite limited so take the chance to try things when you can. Cod Tongues are commonly found on menus but when we queried it we were told they are actually cod throats but known as cod tongues – not sure if I would have ordered them otherwise!!!

When the colony on Newfoundland was formed, many English and Irish settlers brought their traditions with them and the orange culture is particularly big in this part of the world – expect to see many Orange Halls as you travel through Newfoundland.