I’ve travelled to many long-haul destinations but Orlando was never anywhere near the top of my travel list – that is until a very cheap deal came along!

I flew to Orlando with Virgin on the direct service from Belfast in April 2018 for a 1-week solo trip.  The plane was comfortable with a great on-board entertainment system and the cabin crew even produced a menu for the on-board meal service!

You may well ask what takes a single female traveller who has zero interest in theme parks to Orlando the theme park capital of the world? Curiosity!  There is more to Orlando and Florida than just theme parks – although I did check out one or two of them!

If you don’t intend to hire a car, I recommend you position yourself on or close to International Drive (I drove) where there are good transport links to the parks and the ‘I Trolley’ which makes moving about easy.  I stayed in the Rosen Inn International – a 3 star motel like property which does exactly what it says – clean rooms, cheap breakfast, free wifi and no resort fee and ideal for anyone on a tight budget.

During my time there I visited SeaWorld and seen the amazing SHAMU Killer Whale Show (controversial among the animal lover type but amazing to see), Dolphin and pet shows.  I spent an entire day in Epcot and got immersed in all the different countries of the world show case and stayed to see the dazzling illuminations.

On a couple of evenings I made my way on the free shuttle bus from the hotel over to Universal’s City Walk where there are a host of excellently themed restaurants and the famous Blue Man Group Show – not entirely suitable for young kids!

The Kennedy Space Centre approx. 90 minutes from Orlando will open your eyes to the enormity of Space Travel and is memorising for both old and young.  Time your visit well and you could catch a launch of a satellite or rocket.

I spent a glorious day down at Clearwater Beach approx. 2.5 hours drive from Orlando where pictures just don’t do it justice!  Yes, it is full of high rise hotels but the beach has the whitest, powdery sand I have ever seen.  There is a real party atmosphere around Pier 60 with lots of trinket and street food stalls.  Bring your own deck chair as to hire a sun lounger is not cheap!

Outlet shopping is plentiful in Orlando but not the best I’ve seen in America for value.

When you’re in Orlando there is a constant feeling of needing to be on the go, out seeing the next big attraction!  I can imagine for families it is certainly not a relaxing holiday flitting between theme parks to get the most use and best value out of the hugely expensive theme park tickets.  For me Orlando with the seasonal direct flights from Belfast has positioned itself as the new good value sun destination.  Ideal for couples who have been and done all the Canary Islands but crave the guaranteed sun and high temperatures that Orlando offers in April and May when the kids are still at school and deals can be found on flights and accommodation.

Orlando is a place where anything goes!   Give it a try! 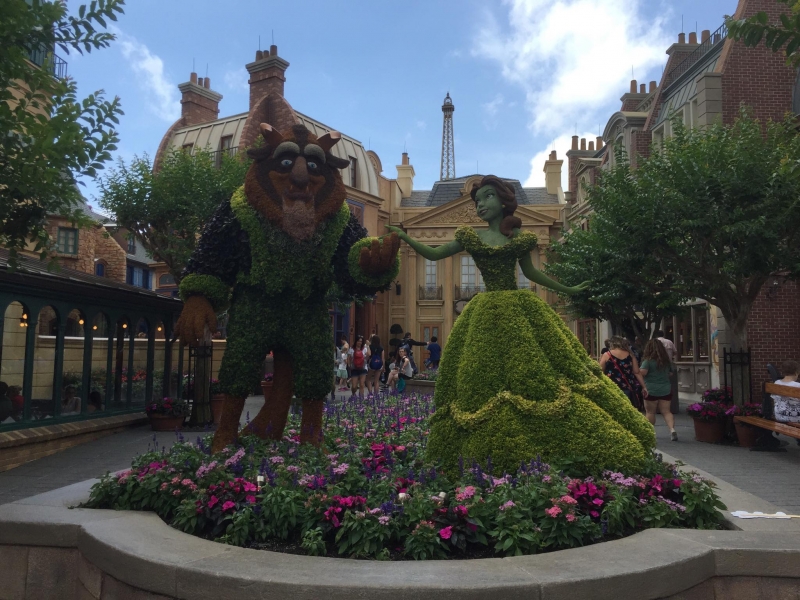