In April 2017, I took a three night trip to London staying in Jurys Inn Hotel, Watford. We went to The Harry Potter Studios in London (Watford), saw The Lion King – The Musical in the Lyceum Theatre, went for a spin on The London Eye and visited The Natural History Museum.

We travelled to London on a Thursday and had the musical booked for that evening. The next day we had The Harry Potter Studio Tour. We were walking distance to Watford Junction Station where there is a specially kitted out Harry Potter double-decker shuttle bus. It runs every 20 mins or so and tickets only cost £2.50 for return. The journey is only about 15 mins. The Harry Potter Studio Tour was amazing; definitely worth a second, third or fourth visit. Perfect for fanatics of the franchise!

Saturday we went sightseeing, it was a bank holiday weekend and so the queues were pretty long, we only had time for The London Eye and then The Natural History Museum.

Unfortunately, at The Natural History Museum the Hintze Hall was closed during our visit – this was the main reason for our visit to the museum; it would have been wonderful to see the blue whale or ‘dippy’ the dinosaur but the rest of the exhibitions were still pretty amazing at the same time. Some of the earlier exhibitions were quite congested to begin with but they slowly began to thin out as you made your way through.

For The London Eye was next. I had pre-booked fast track tickets but the wait to collect these tickets was long enough with it being a Bank Holiday weekend and mid-day. We queued for at least three hours: about 2 hours inside in order to actually collect our tickets and then another hour queuing outside to get onto the big wheel itself. Honestly, it was a good experience, but I think for the amount of time we queued and the amount of time we were actually on the wheel I wouldn’t really consider it worth the wait. We did get some pictures with great views.

When researching attractions; plan out the best schedule possible in order to fit in all you want to see and do in the most efficient way – you don’t want to have a ticket for an attraction on one part of town and the next one being on the other side of town where you need to be in the next 20 minutes. It just isn’t going to happen – especially not on a bank holiday weekend.

Getting around London was easy enough – we had Oyster Cards; only thing was that you really needed to keep track of the units you had available on them to start off your day of travelling. The daily price cap for travelling within Zone 1,2 & 3 was £8.00.

Pick your days wisely, again if you are going to the big tourist attractions on a bank holiday weekend or a normal weekend you can definitely expect queues. Also, majority of places such as the Lyceum Theatre offer tickets at a cheaper price mid-week than compared to the weekend; when most people are able to go.

Allow time for delays – in London these are inevitably.

I HIGHLY recommend The Lion King Musical. Literally everything from start to finish was mind-blowing. And of course, The Harry Potter Studios was amazing – even if you are not a Harry Potter fan you will not left bored in this tour. 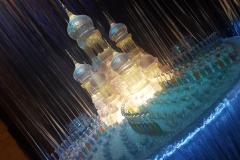 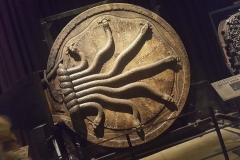 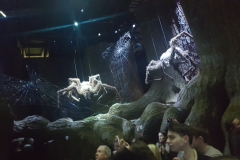 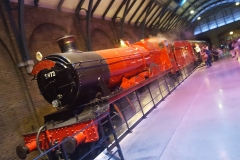 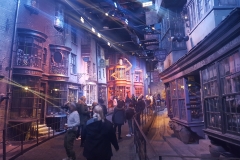 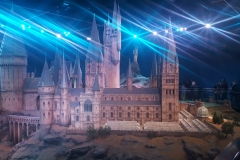 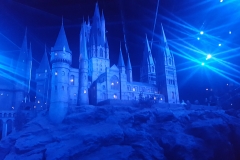